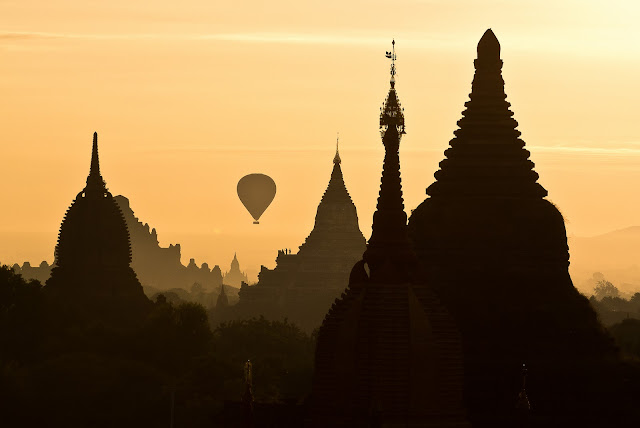 Hey photo travel fans, I am newly returned from a week long trip to Myanmar with a twist. I decided to travel very light with a totally minimalist kit comprising a Nikon V1 with two lens kit (10-30 & 30-110), my tiny Manfrotto travel tripod and a small Manfrotto led light. I also carried a Limix G3 and Samyang fisheye for the many temple and pagoda shots that I new would be coming. More on this later but here is one of the first shots I took with it.... 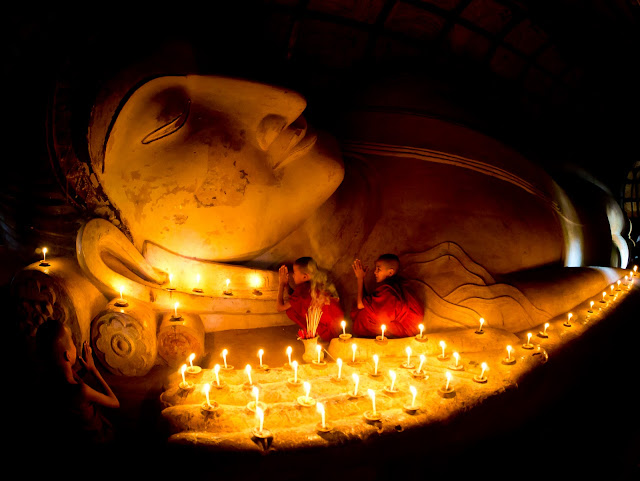 The trip was organized by the great guys at Singapore Trekkers and I have to say that it was one the most enjoyable and interesting photography tours that I have ever been on, well done to Melvin who hosted. Part of this success was down to the sheer diversity and variety of photographic opportunity that Myanmar presents and you can't help but feel that the country is going to change dramatically in the next 2-3 years so I would urge anyone who is thinking about it to go now. I am totally apolitical and will in no way comment about the political change process that is underway other than to say that I find the people of Myanmar to be the kindest and most respectful in South East Asia and I sincerely hope that it turns out well for them. 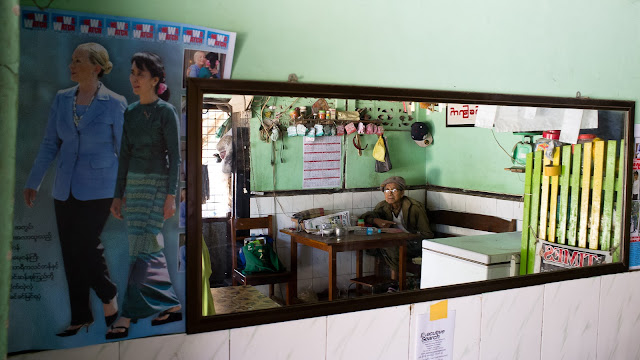 I did however spot this somewhat metaphorical shot which for me appeared to suggest how the country will move forward.

Anyway, back to the minimalist kit approach and those of you who follow these posts will know that I usually base my travel kit around a Nikon D3 with 24 & 50 F1.4 lenses. Regular readers will also know however that I have a very strong dislike of lugging too much gear when I travel and so I have been thinking about a lightweight travel kit which I initially intended to compliment the D3 with some reasonable zoom capability. Like many others, I initially regarded the launch of the Nikon V1 with scorn. However, I read a blog post by my favorite photography writer Kirk Tuck who had actually bought and was using the camera. Much to my surprise, he liked it very much and his V1 review demonstrated what a versatile camera this could be. I followed this up by reading Steve Huff's review where he openly admitted that, like myself, he expected to hate it but ended up wanting to buy one. The selling points that both of these guys highlighted were the astonishingly fast focusing, long zoom reach of the 30-110 and the reasonably good high ISO performance. I have to say that it was the fact that I had been to Myanmar before and knew that many of the locations needed a long zoom to exploit them to the best that finaly sold me on the V1 (along with the very attractive S$1,100 price at KT Photo in Funan). Here is an nice example of this from Inle Lake which is famous for the fishermen who row with one leg and use a kind of cage trap with spear arrangement to catch fish. 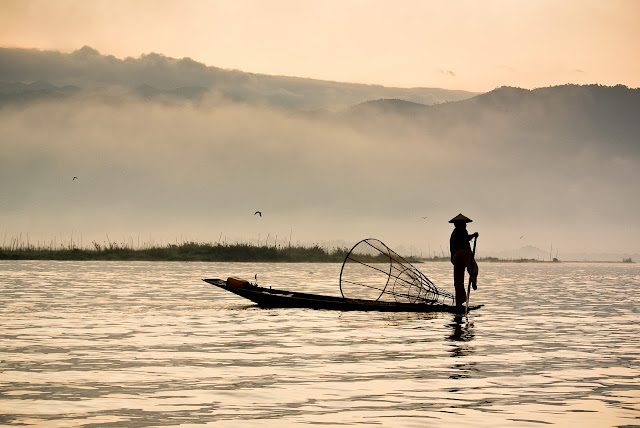 Additionally, there are many locations that present the opportunity to compress perspective and this of course requires a longish zoom to create this effect. 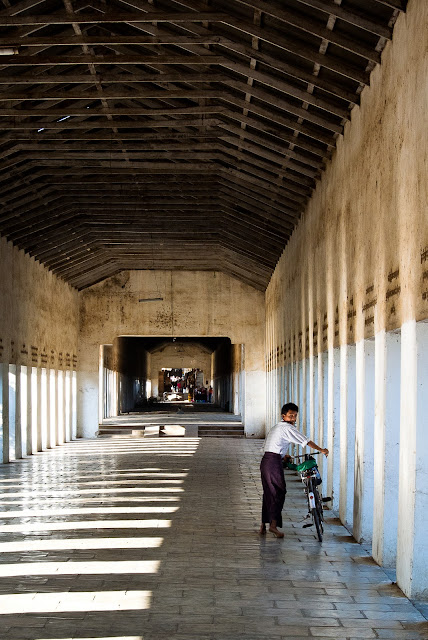 The V1 handled this very well and there is no question in my mind that the Nikon lens stabilization system is extremely effective. Both Kirk and Steve pointed this out and they are spot on. shooting with a longish zoom is a real novelty for me and I have to say that I had great fun with it and felt very confident that I would get a good shot with it regardless of the light levels. Here's another example of the very nice compression effect taken in very low light conditions. 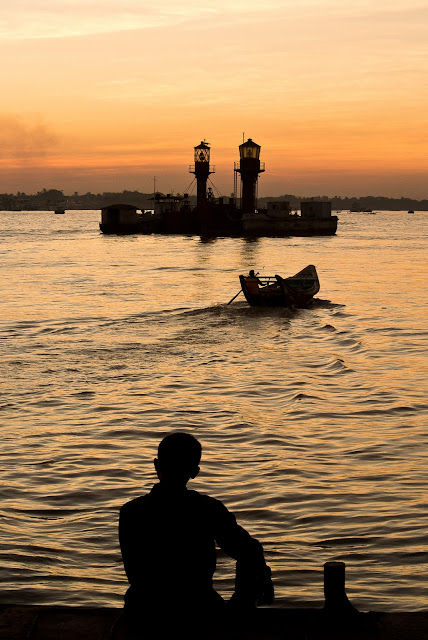 I will follow up with more details on the overall performance of the V1 in upcoming posts from the Myanmar trip including some basic essential travel mods that it needs and some sunrise shots using the tiny Manfrotto pocket tripod.


To finish on the V1 for this post though I thought I would use what I found to be a very nice Black & White conversion and a lovely Snapseed conversion done on the fly with my Ipad. Here's the B&W shot first. 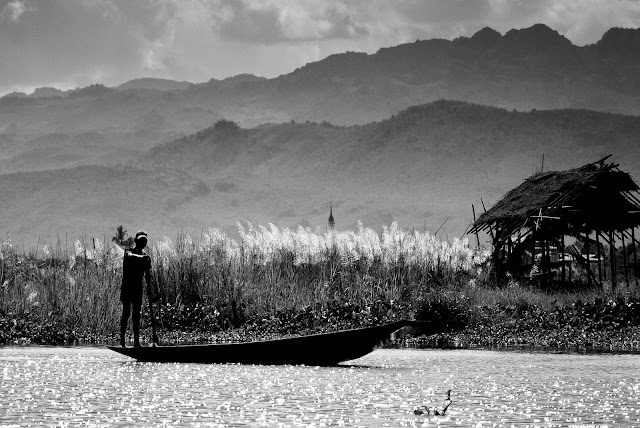 I just love the way this worked out with the wispy grass and slightly gradating background. Finally, here's the Snapseed shot taken in near darkness in a bouncing boat !!! 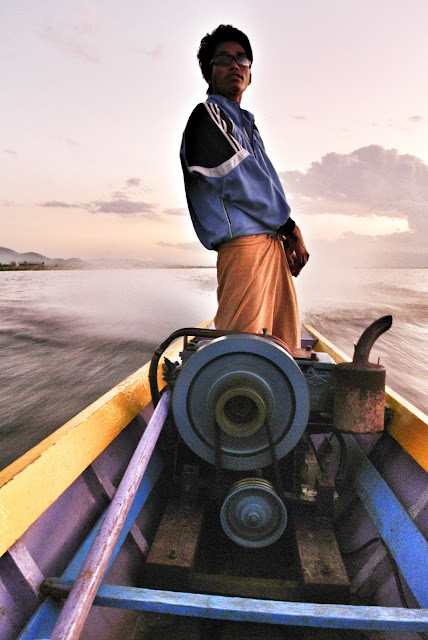 Well, that's it for this opening post from what was a fascinating trip to Myanmar with a great bunch of fellow photography enthusiasts. More soon....